As I've said before, one of the main reasons why I enjoy photography is for the adventure and chance to get away and free my mind. Sometimes people ask me how do I know of so many of these places that I go and photograph. And most times I have to thank my parents for taking me as a kid when we used to go camping and exploring a lot as a family. But its also natural to me that I like to research and discover new places on the map that I've never seen before. Yet sometimes the ways I find out about a place are as interesting as the memories of when I go see them - which was the case when I wanted to go check out the historic Campbell's Covered Bridge in the Upstate of South Carolina.

I enjoy learning about all the history in the Appalachians, which happens to include the history of moonshining. About a month ago, I watched the action-packed movie about the famous bootlegging Bondurant brothers of the mountains in Virginia - "Lawless". I was really interested in seeing the movie when I saw the old-timey scenes of the mountain backwoods and moonshining adventures during the previews...and of course all of the action. While some of the bang-bang shoot'em up got alittle intense and hard to watch, I particularly remembered some of the scenes when the outlaws were making moonshining runs and deals under old covered bridges that were popular back then.

With my fascination in history of the Appalachian mountains and other local areas around South Carolina, I find myself watching a lot of tv shows...which sometimes can be random ones that come on ETV. Several days ago I was flipping through the channels and landed on an ETV show because I recognized an Upstate S.C. mountain scene (Glassy Mountain, to be specific). The film was called "The Dark Corner" and it was a documentary exploring why a certain area of South Carolina's Upstate is referred by locals as The Dark Corner. I learned for the first time that moonshining and mayhem was part of history in these areas of the Upstate above Greenville. Part of the film talked about the only remaining covered bridge in the state, known as Campbell's Covered Bridge and built in 1909, and how it played in the history of The Dark Corner and moonshining days.

As many times as I've been in the Upstate, I vaguely remember seeing signs to the Historic Campbell's Covered Bridge, but never had really thought about going to visit it until now! After seeing all the beautifully familiar foothills scenes in the intriguing film "The Dark Corner", and having my adrenalin pumping for an adventure on the back country roads like in the movie "Lawless", I was ready to set out on a road trip of my own to check out Campbell's Covered Bridge myself! So one day recently I grabbed my camera bag, popped in my new Mumford & Sons CD and hit the road!

Below are some of my pictures from the beautiful Campbell's Covered Bridge. I look forward to going back again to get more pictures of this beautiful place during other seasons! I'm sure it would make a beautiful autumn scene. To learn more about "The Dark Corner", check out the film or watch the trailer click here! Or just google "The Dark Corner SC". 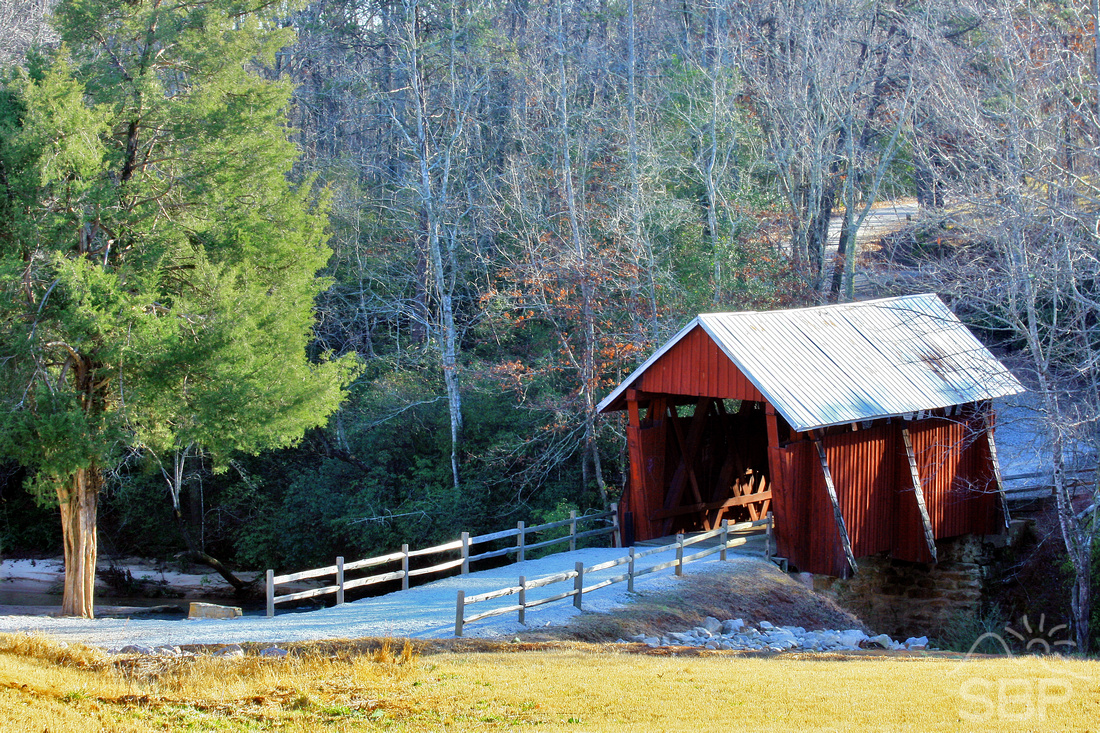 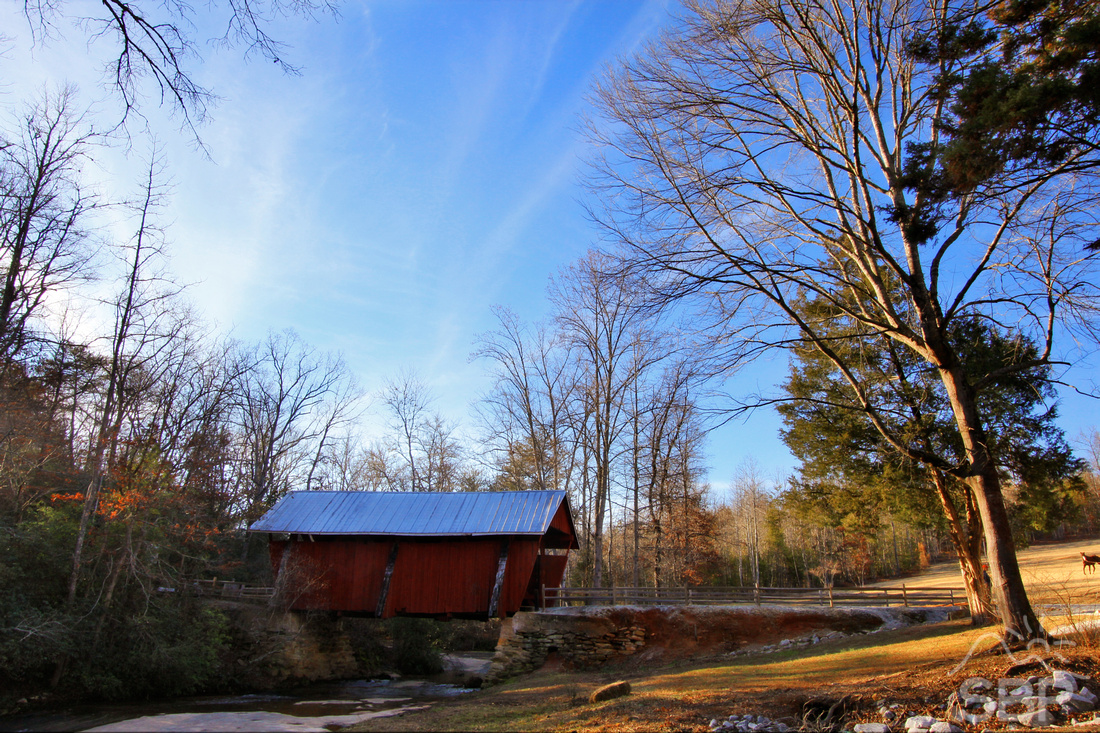 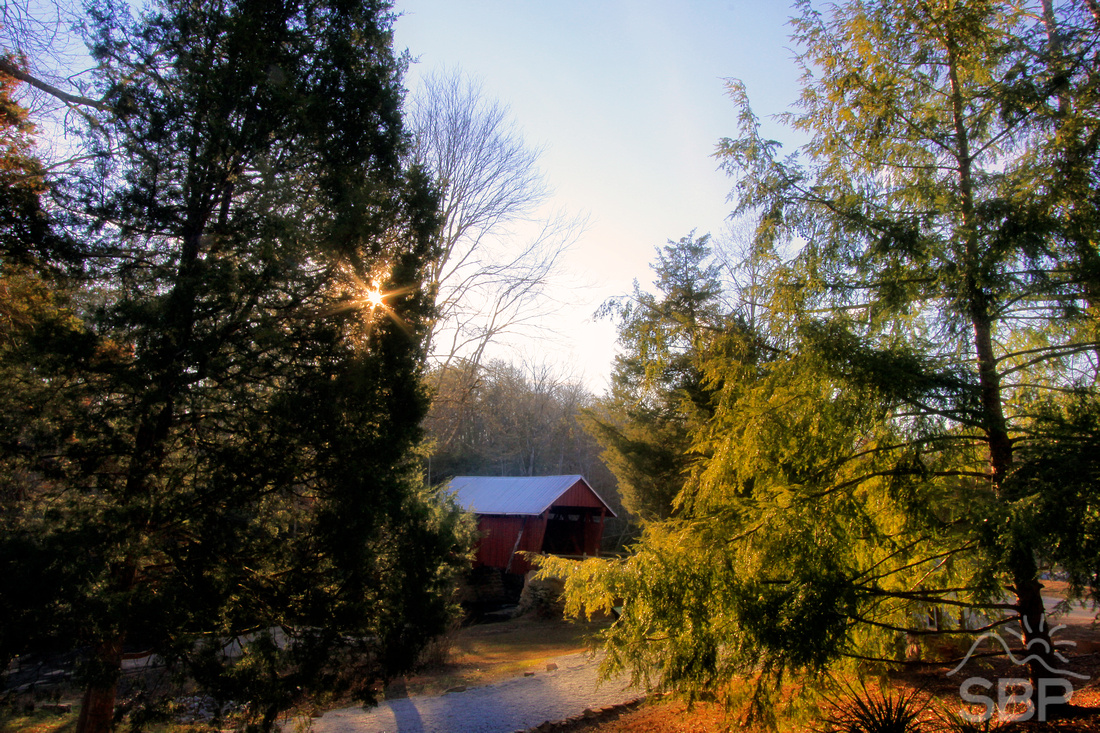 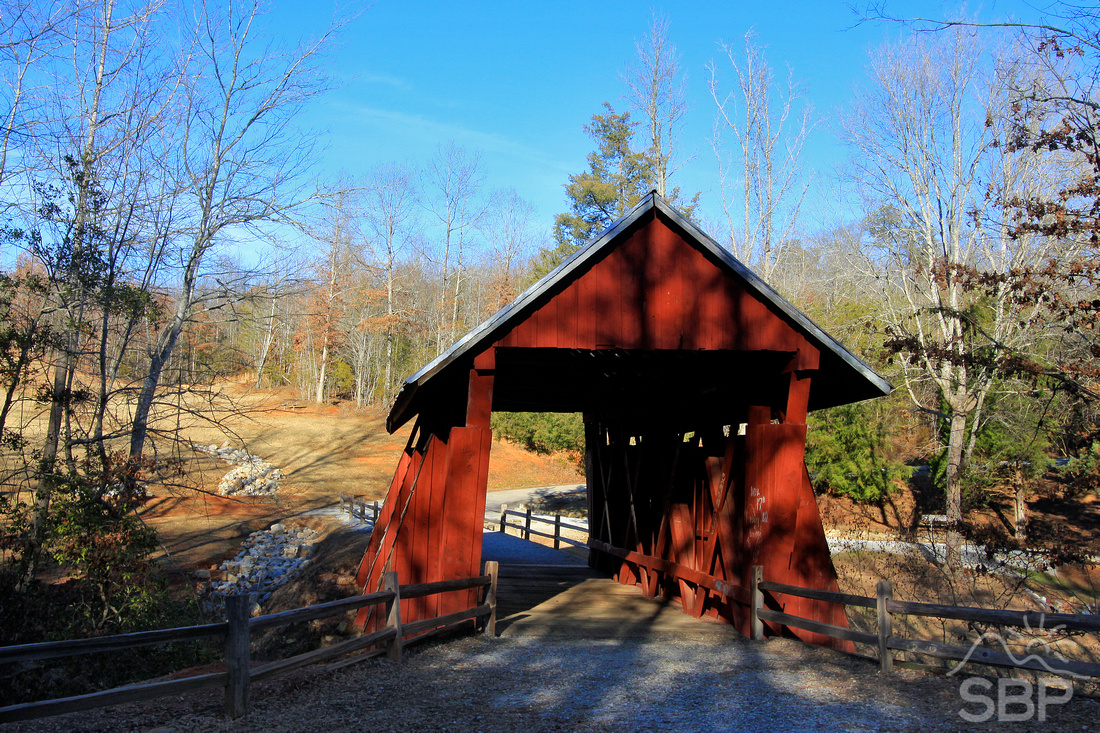 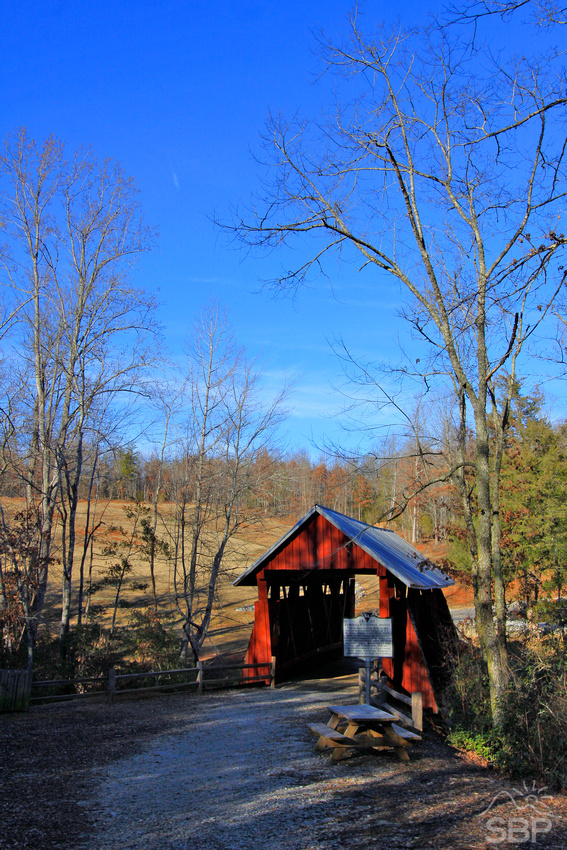 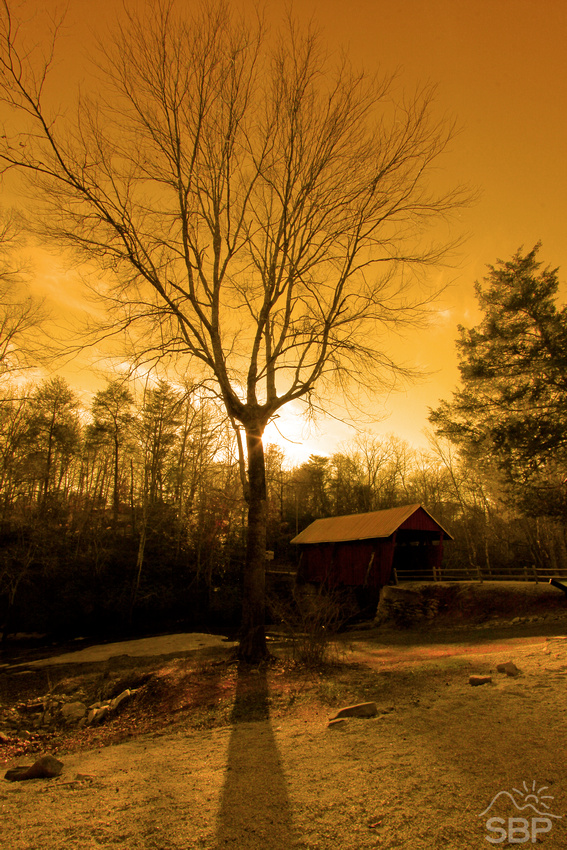